How do you track feature requests for your product? This is what we do.

As a software company with a successful product called Poker Copilot, we were getting a lot of feature requests. In some ways this was great. We learnt a lot from these requests, and were able to build a better product as a result.

However, as the product user base grew, so too did the number of feature requests. These came though support, from user research conversations and from social media. And we were beginning to struggle with them.

We’re a tight-knit company. We didn’t have an enormous support team to track feature requests (even if this was a good use of their time, which we doubted).

So we started thinking about how we could be more organised. First up: the spreadsheet.

Using a spreadsheet for feature tracking

As a bootstrapped company, we didn’t feel like spending a lot of money on software that wasn’t vital. So trying to organise feature requests with a spreadsheet seemed like a good idea. Spreadsheets are free and we knew how to use them.

Each time we got a repeat suggestion we then added a vote. Pretty soon, we started to get a fairly clear idea of which suggestions were most popular.

However, we ran into a few problems fairly quickly: 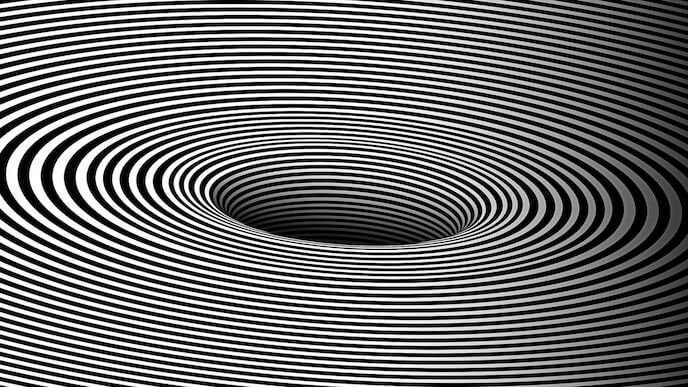 This is where most customers thought their feature requests ended up

So as well as failing to update the document, we also had to spend extra time reassuring customers that “yes, we do care about your feedback”.

After a few months trying out spreadsheets we decided to look for a better solution. Spreadsheets were free, but they weren’t the solution we needed.

Trying Get Satisfaction to centralise feedback

Get Satisfaction helps you build an online user community. It seemed like a good way to centralise feedback and get customers involved in the product. We even thought that customers might start answering the questions of other customers.

For a while, this kind of online community building worked well. We got nearly 150 user suggestions in a year, which averaged at about 3 per week. We even saw some instances of customers answering the questions of other customers. Result!

However, after a few years people stopped contributing. We talked to other people who ran software companies and they reported that around the same time the usage of their product forums really dropped off.

We realised that with the growth of Facebook and other social media, people didn't want to create an account to give feedback to companies. They wanted it to be super simple. And if it wasn't, they weren't interested.

We eventually closed our Get Satisfaction board and looked around for something better.

Trying Jira for feature requests as well as bugs

We then tried to use an issue tracking tool instead. First we tried FogBugz, then Jira.

A customer feature request in Jira

Jira was okay for tracking which requests we had, but it had some problems:

We concluded Jira wasn’t a good fit for managing feature requests, even though we still use it for bug tracking and project management.

We should make our feature requests public

About this time, we realised we should make our feature requests public. We’d experimented with a community forum with Get Satisfaction, but that was behind closed doors.

The time was right just to go public. We know this isn’t for everyone, but it seemed like the right solution for us:

We had a few niggles: won’t our competitors see what we’re working on and pinch our ideas? But we quickly got over these. If our competitors growth strategy was to be a pale imitation of us then they were going to fail pretty fast.

At this stage, we had a brief look at two options that we could use for public feature request tracking: Trello and UserVoice.

However, we realised fairly quickly it wasn’t for us. Why? 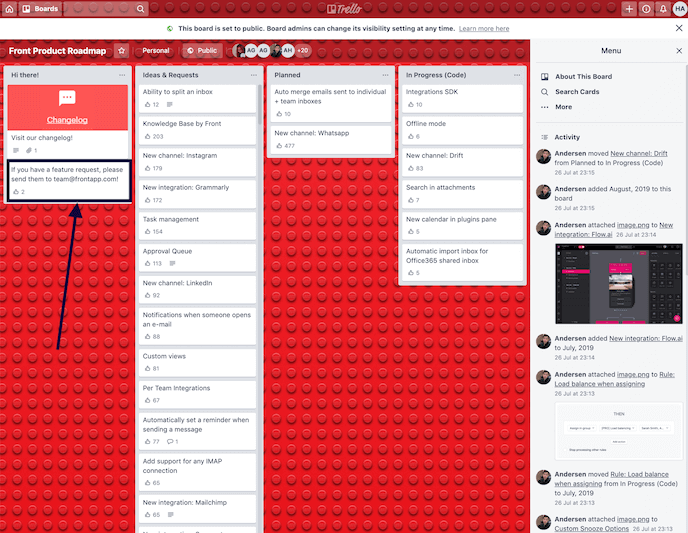 In the end, we decided to use Trello for implementing already-agreed upon actions and collecting research that didn’t require prioritisation. And that’s what we did, at least before we moved to Notion (which does a better job of offering you a coherent workspace).

So, no to Trello.

Another option we looked at was UserVoice, which sounded suitable. We went to their site – when they were still openly showing their prices – and saw they charged $500 per month. That would dwarf even our hosting bill. We wanted something like UserVoice but without such a high price tag.

We certainly didn’t seem to be the only ones looking for an affordable feature tracking solution.

I can’t tell you the number of times I’d go visit User Voice thinking I’d need to bite the bullet and signup, but their pricing was absurd for anything but huge companies

- Quoted by the founder of another software company

Around this time everyone in our small team was on vacation for a week, apart from our founder Steve.

He used the quiet time to sketch out a possible in-house tool for tracking feature requests. When the team was back, he showed us the sketches and asked if we thought we should build it - not just for our use, but for other companies to use too.

“Yes!” was the response. So we asked some other software companies if they would use such a product. Some said no, some said maybe, and some - with great enthusiasm – said “Most definitely”. And have now been happy customers for years. 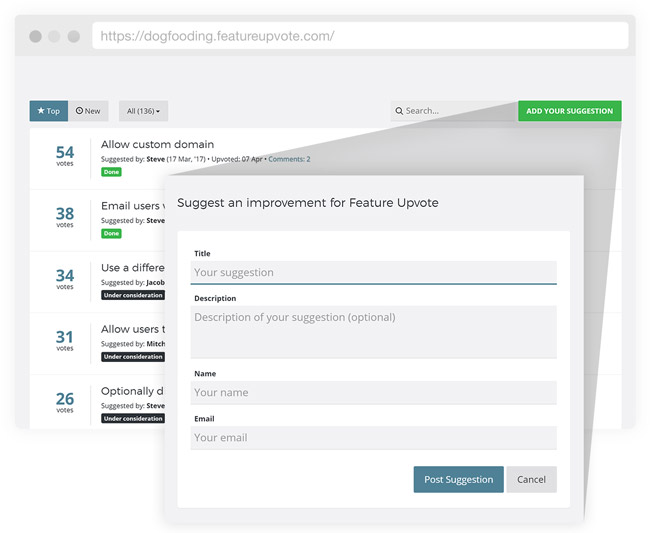 Our own Feature Upvote board and suggestion form

Feature Upvote is now a successful product and our main focus.

Our customers range from construction giants and major banks to community theatres and educational companies. They are located all over the world, speak many different languages, and work in different ways.

What they all have in common is a desire to organise feature request in the simplest way possible and to surface the best ideas.

Although occasionally tempted to move upstream and add many new features, we’ve resisted.

What we like about Feature Upvote is its simplicity. We looked at similar solutions, but they were much more complicated than they needed to be.

Ready to give Feature Upvote a try?