The Sitebulb team launched in 2017. Their innovative product and marketing savvy led to much initial customer feedback.

After we launched, we had a lot of feedback coming in from various different channels. We were looking for a way to consolidate and organize this feedback. We wanted to track which features were getting frequently requested, and which ones were just being asked for by a couple of users.

We had no clear way of tracking the popularity of a request. Feature requests would get mixed in with support messages, or just dumped on social media. We had to manually pick through these and add tickets to our own development boards or backlog. 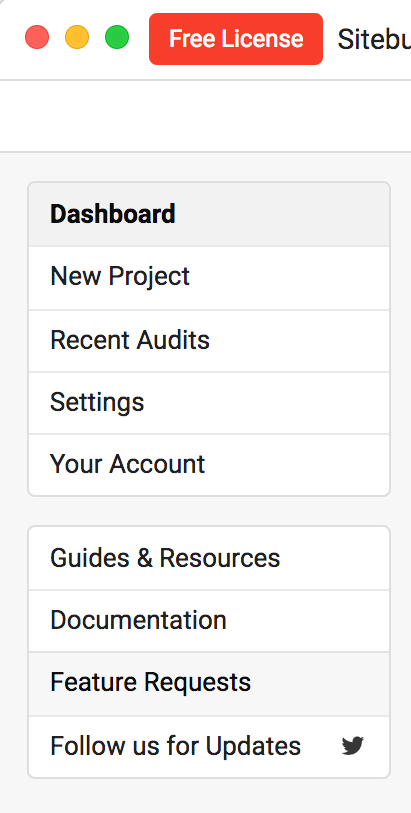 To solve this problem, Sitebulb started using Feature Upvote. They added a link to their Feature Upvote product page directly within their app.

Now customers openly suggest and upvote improvements they want to see in Sitebulb.

Feature Upvote has given us insight into unanticipated ways in which people are using our software.

Through the months we were in beta, we had decided on a set of launch features. We had actively decided that some features and settings didn’t fit with how we expected people to use Sitebulb. Feature Upvote has helped us realise that we made a mistake by omitting some of these.

Feature Upvote gave Patrick’s team the confidence to build requested features with the knowledge that they will be valued by Sitebulb’s users.

What we like about Feature Upvote is its simplicity. We looked at similar solutions, but they were much more complicated than they needed to be. We like that it does not require our customers to create a login in order to vote. This makes the process of collecting feedback as frictionless as possible.

So would Sitebulb recommend Feature Upvote?

Definitely. It is fairly priced, and does everything it needs to do, without trying to do too much.

Create your own feedback board